If Jim Harbaugh takes the Minnesota Vikings head coaching job, here are 5 candidates Michigan should consider if it really is a big deal 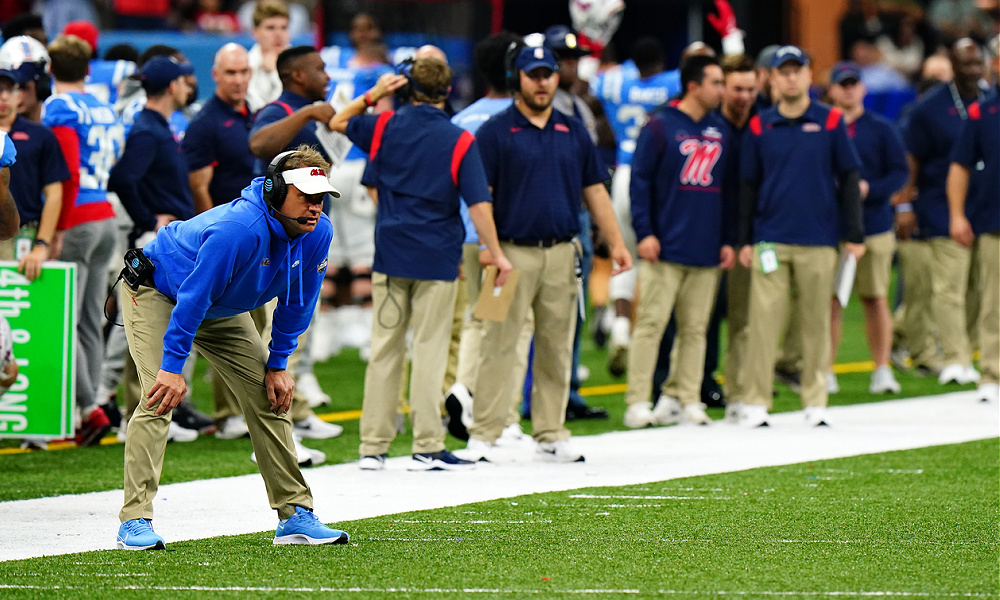 If Jim Harbaugh takes the Minnesota Vikings head coaching job, here are 5 candidates Michigan should consider if it really is a big deal

Who’s got it better than us? Apparently the Minnesota Vikings

Jim Harbaugh likes to be wanted.

At the immediate moment he’s about to go through the final interview process with the Minnesota Vikings for their head coaching job.

Considering they’re not about to cede the power he might want, this is hardly a done deal. This is all based on one giant IF.

Cheerfully ignore all of this if and when the guy is back doing his thing back in the college ranks.

However, if Harbaugh really is gone to the NFL – which we’ve all been waiting for since the moment he took the Wolverine gig – Michigan needs to act the part with its coaching search. It needs to be thinking really big-or-bust.

Take a moment and realize what’s happening here. For all the slings and arrows thrown Jim Harbaugh’s way, if he’s gone, he’s the head coach of the Minnesota Vikings. The guy really was pretty good – he never, ever got enough credit for winning 71% of his games in Ann Arbor.

So if he’s off, Michigan needs a coach who can take that next step up.

Yeah, yeah, yeah, beating Ohio State is nice, but Michigan needs to beat Alabama, or whatever the hot SEC team is in each of the next bazillion years.  Who’s that coach who can step in and win a national title?

Mike Hart? Maybe he’s the next Fielding Yost, but that’s a big risk to take on a guy with a running back coach resumé.

Matt Rhule? To be totally honest, I’ve never understood it. He did a great job turning around Baylor, but he’s always been a tad overloved and overappreciated by the coaching carousel community.

The guy had one very nice year with the Bears and parlayed that into the Carolina Panther gig. That’s going great.

Without looking or searching, I can just guess the retread-idea names being thrown out there if the Michigan job is available. They get used for every big coaching opening …

Yeah, fine coaches all, but come on …

You got away with kneecapping Harbaugh’s salary and getting him on the cheap, but let me put it to you this way.

Little Brother up the road gave its head coach $97 million for ten years partially because he beat you twice. You need to pay your head coach at least that much.

So start with this premise. If Michigan State has that kind of jack to give Mel Tucker – who seems like he’s building up things to a whole other level – then that’s your starting point.

You’re the Leaders and Best, or something like that, right? Well then ten years, $100 million. That’s the going rate now to land an elite college head man, and even that might not be enough.

You don’t want that Ohio State win to be a one-off? You want to be more than a speed-bump if you get back to the College Football Playoff?

Pay your head coach. Find THE guy, and go get him.

Here are five coaching candidates you need to at least consider, Michigan – if Harbaugh leaves, of course.

NEXT: Michigan Coaching Candidates: 5 coaches it won’t get, but needs to give it a try