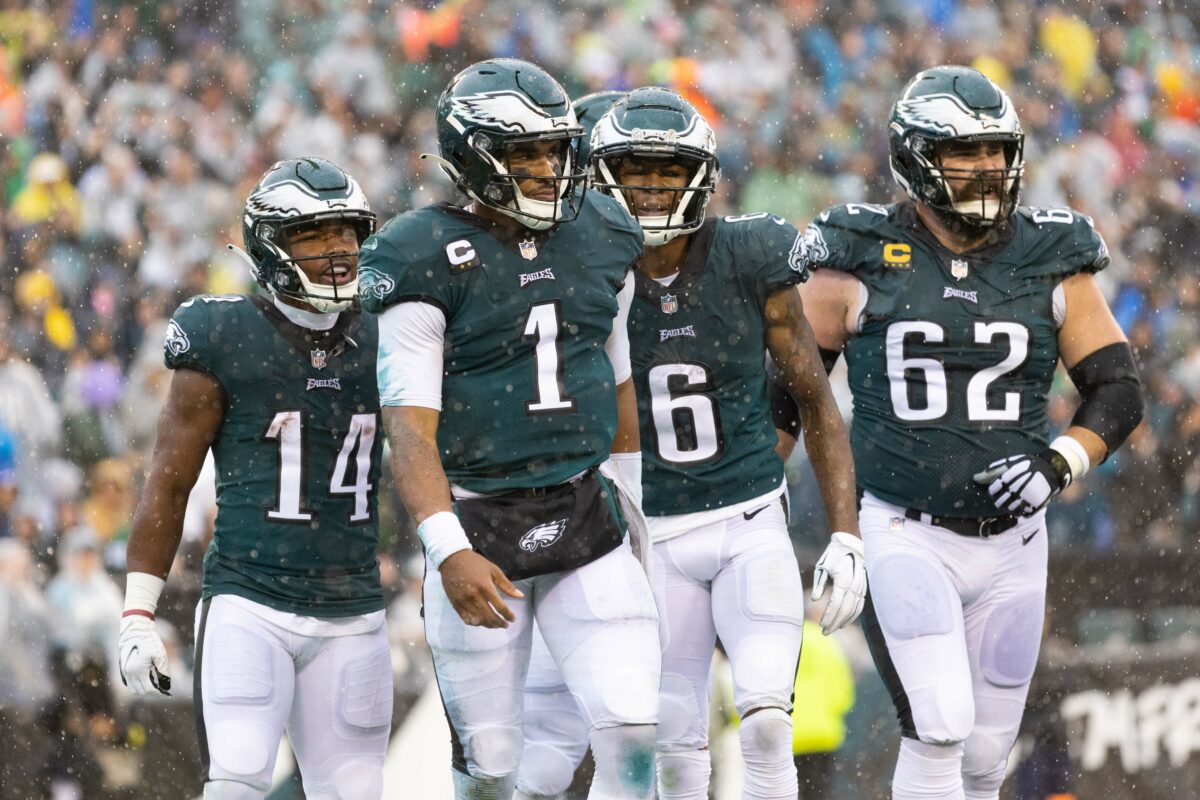 As 2020 taught us, football is not the same without fans. 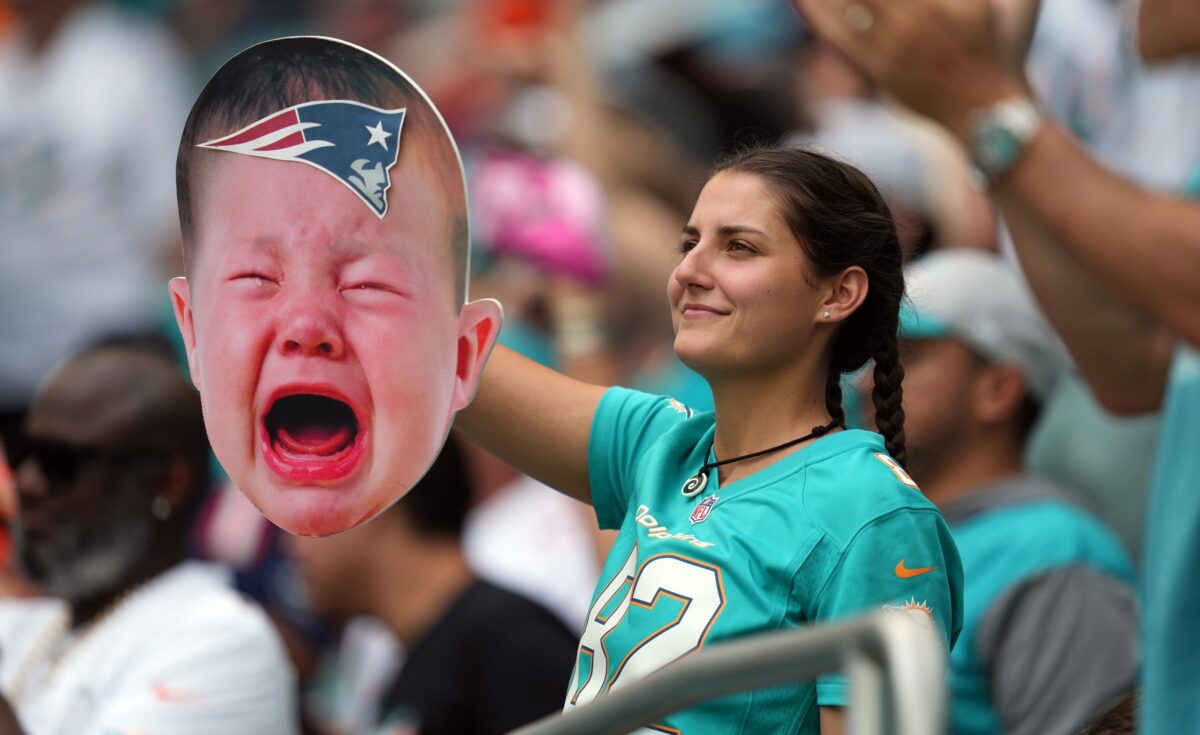 Predictions for every NFL team and game along with the projected win totals. 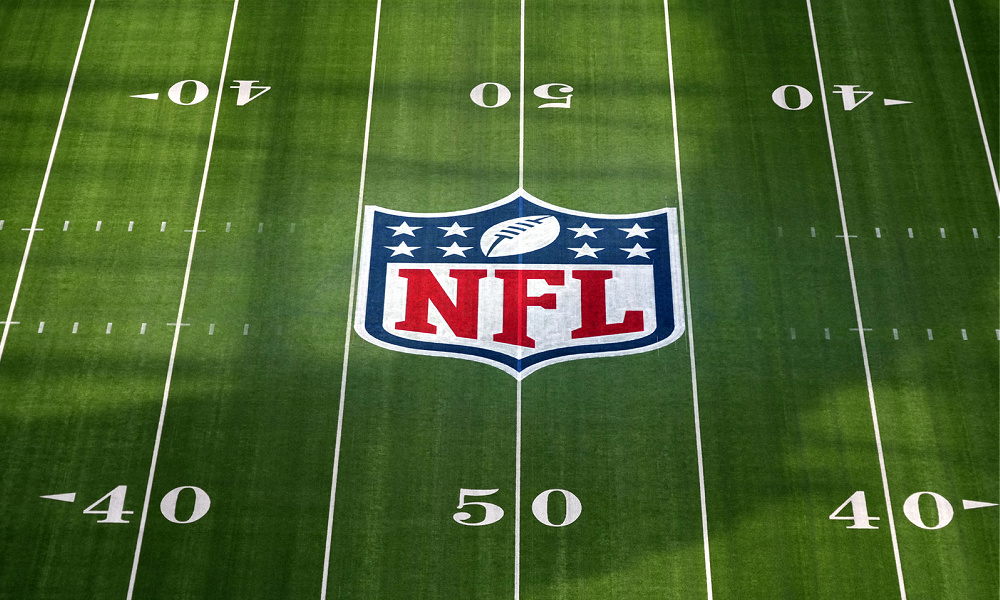 NFL preseason predictions for every game and for all 32 teams, along with the schedules and projected win totals.

Yeah, we’re all about college football, but we’re into the NFL fun the rest of the week, too.

The NFL totals and overall predictions are much, much tougher than the college side. Alabama, Ohio State, Clemson, Georgia – you pretty much know who the college stars are.

The Cincinnati Bengals of last year, the Any Given Sunday aspect, and all the uniformity of the NFL game make this far more interesting. The goal is to get the overall win totals close as possible, knowing that a few surprise teams  – for good and bad – will screw it all up.

Some ND on ND crime on a Saturday night… 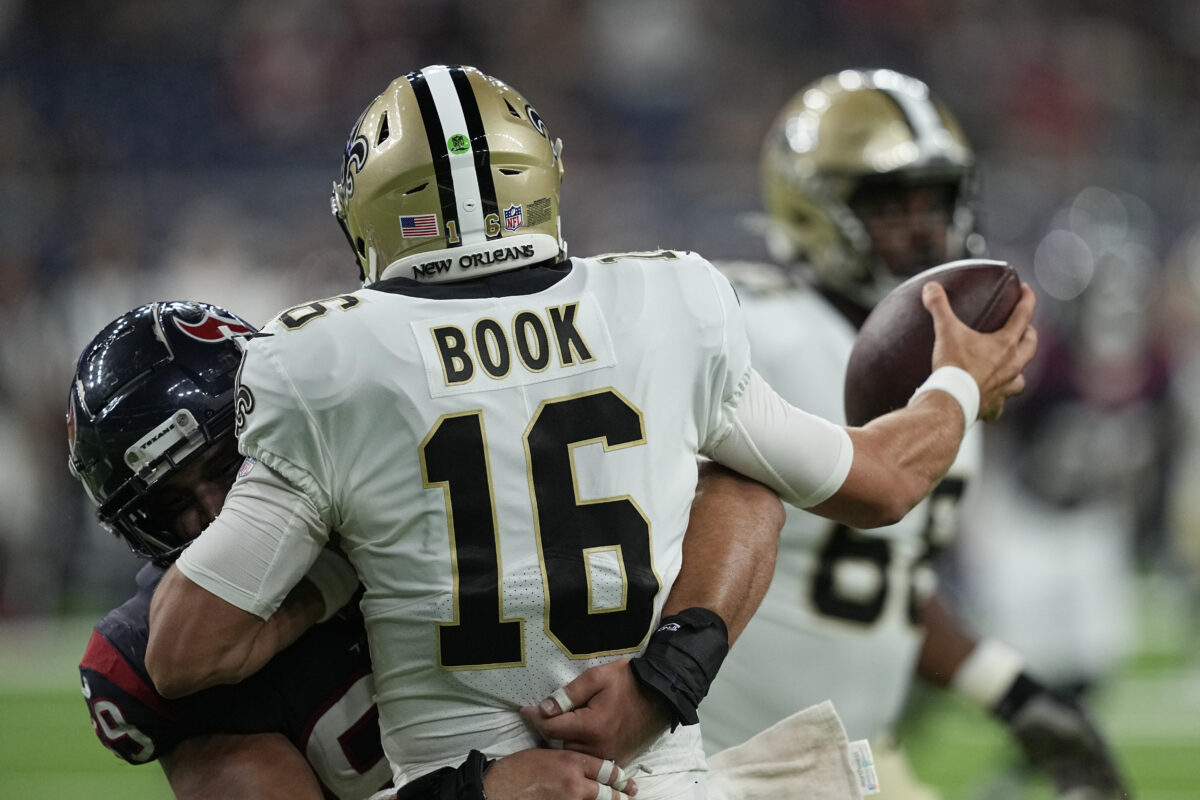 Nobody in the history of Notre Dame football has suited up and worn the blue and gold in more games than defensive lineman [autotag]Kurt Hinish[/autotag], who signed as an undrafted free agent with the Houston Texans this past spring.

Nobody in the history of Notre Dame football won more games as a starting quarterback than [autotag]Ian Book[/autotag], who is beginning his second year with the New Orleans Saints.

On Saturday night the Texans hosted the Saints in preseason NFL action and Hinish created havoc, sacking Book for an 11-yard loss. Check out the highlight below.

How many times did that happen over the years in South Bend but didn’t end in contact since Book was wearing a red jersey?

Former Hawkeyes center Tyler Linderbaum will be sidelined a few weeks, but it doesn’t appear to be as serious as initially reported. 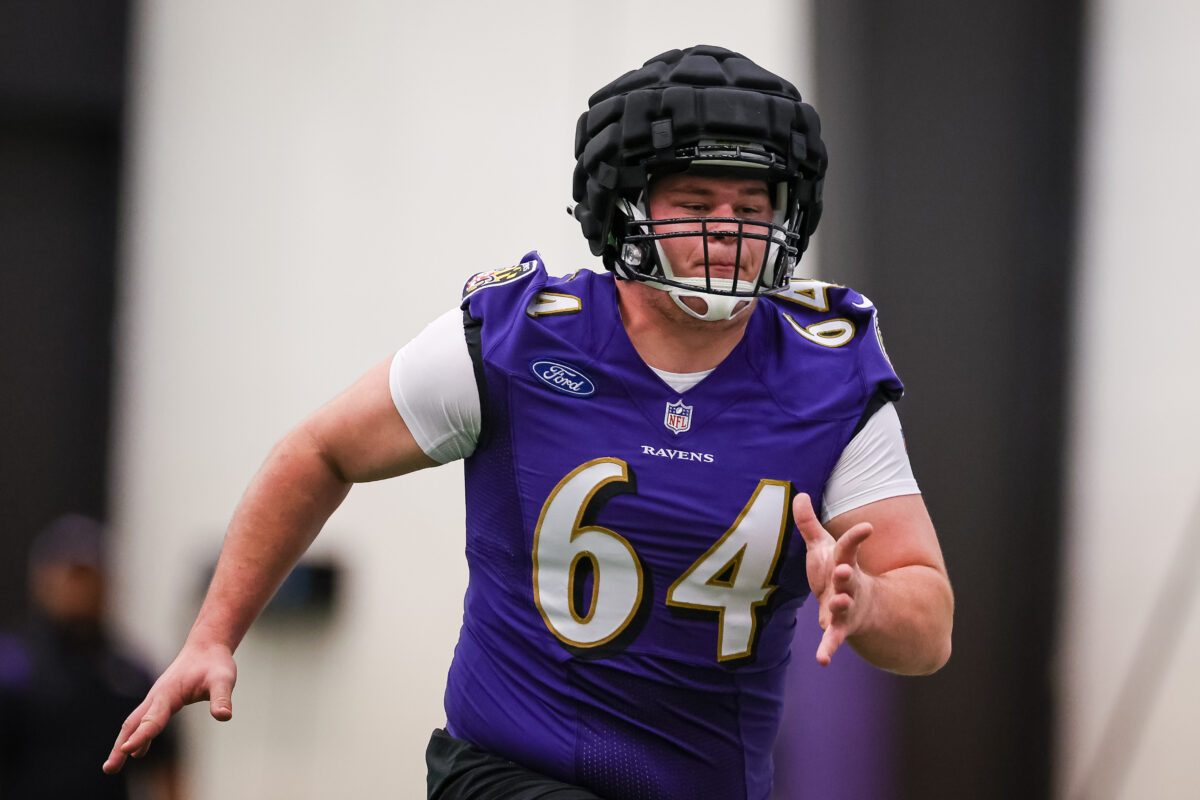 Baltimore Ravens first-round pick center Tyler Linderbaum will be out the next few weeks. There’s good news on that front, though.

Initially, it was reported as a reoccurrence of the Lisfranc injury he suffered in the Vrbo Citrus Bowl clash with Kentucky by NFL insider Ian Rapoport and others.

Linderbaum previously hurt his foot in his final game at Iowa, the Hawkeyes’ Vrbo Citrus Bowl clash with Kentucky. As a result of the injury, Linderbaum missed a critical fourth-quarter drive against the Wildcats in Iowa’s 20-17 bowl loss.

“That’s probably the worst part about it, I wasn’t out there for those three most important snaps … in the game. And that’s the game of football. Injuries happen. Luckily, it wasn’t as severe,” Linderbaum told Hawk Central‘s Chad Leistikow about the injury back in April.

There was some serious concern if it was a lingering Lisfranc injury now with the Ravens in training camp. Baltimore head coach John Harbaugh refuted those claims that it was a reoccurrence of his Lisfranc injury.

“That’s not true. It’s not a Lisfranc sprain. There’s a ligament; it’s not that ligament. It’s a different ligament. So, he’s had the Lisfranc before. There’s no separation, there’s no Lisfranc sprain per se. That’s my understanding. I’m not a doctor, but I play one in press conferences, as you know. But that’s what I was told,” Harbaugh said.

Harbaugh said last week that it was a one to two-week timeline for return for Linderbaum. Nothing has changed in that regard, but Harbaugh said it’s not the injury that others have reported.

“He just has a soft tissue type of a deal, a ligament type of a deal in his foot that is not a serious thing. But, we want it to be right and healed, so it’s going to take a little bit of time. But it’s not a Lisfranc,” Harbaugh said.

What are the potential letdown games for every NFL team? They’re the battles that should be a problem. 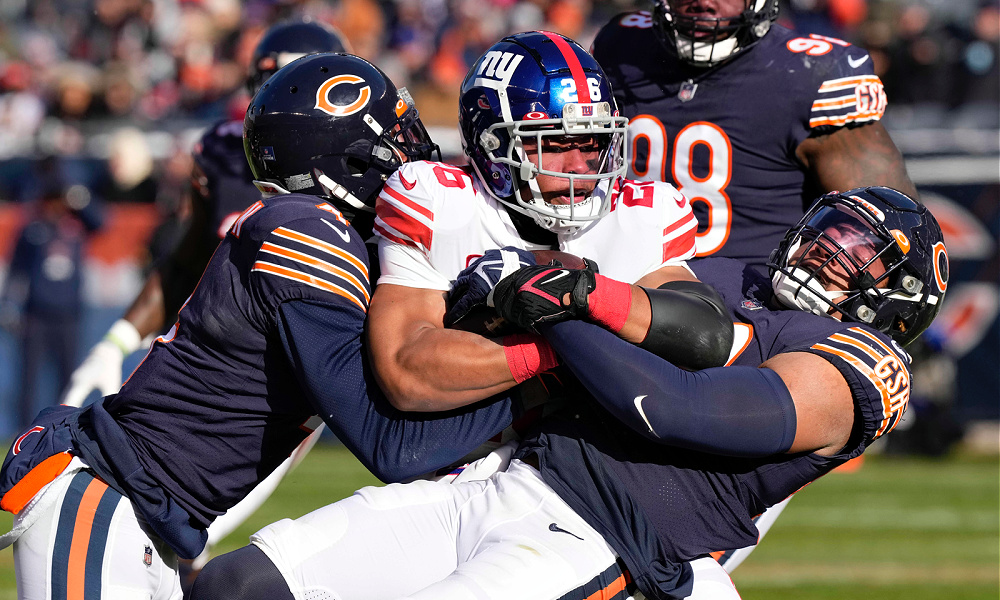 What games are the ones each NFL team has to look out for? It’s a LONG season with plenty of lulls, so which games are set up to be a letdown moment for every team?

Predicting each outcome takes into account location, scheduling fatigue, matchup intensity, and much more. These are the games – including the sandwich battles between two giant opponents – that each team should probably win, but might have issues.

Here is a breakdown of new Jacksonville Jaguars RB Snoop Conner who they selected in the fifth round. 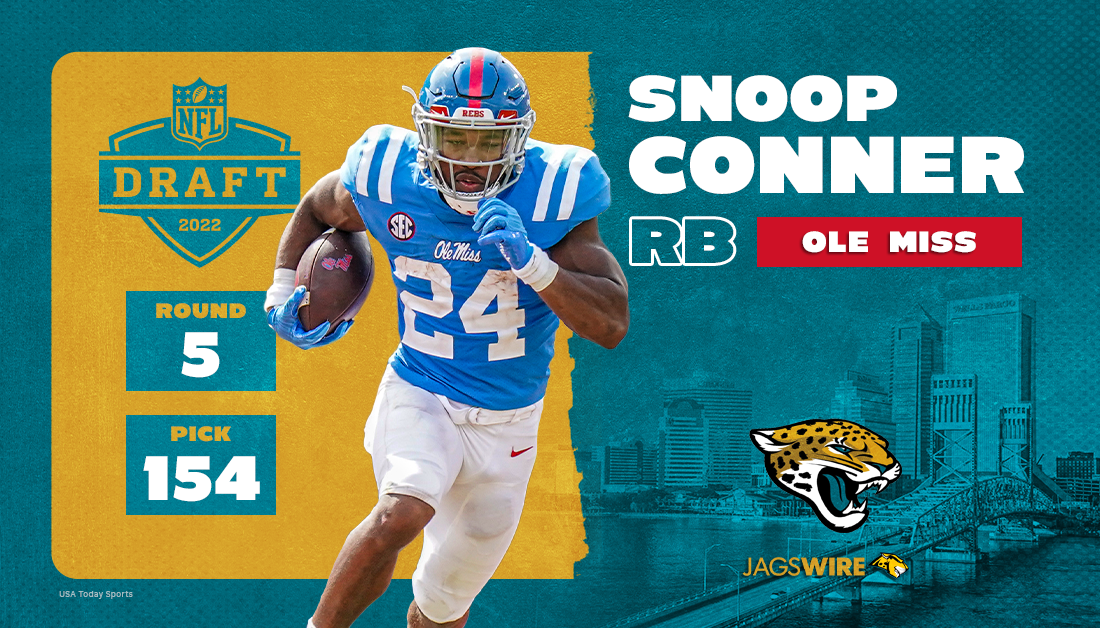 The Jacksonville Jaguars made a trade with the Philadelphia Eagles to move up three spots in the fifth round of this week’s draft to add some depth to their offense with pick No. 154. They ended up selecting Ole Miss running back Snoop Conner with the pick, making him the fifth member of the Jags 2022 draft class. In exchange, they gave up two of their sixth-round picks in No. 188 and No. 198.

They also still held the No. 157 pick but sent that one and their seventh-round pick at No. 235 in exchange for the Tampa Bay Buccaneers’ fourth-round selection next season. That left the Jags with two picks in this year’s draft, which were selections No. 197 and No. 222.

It’s not surprising to see the Jaguars take a running back on Day 3 since their top-2 running backs James Robinson and Travis Etienne are coming off of season-ending injuries. Etienne was Jacksonville’s second first-round pick in 2021 and suffered a Lisfranc injury during rookie minicamp. Robinson suffered a torn Achilles on Dec. 26 versus the New York Jets.

Coach Doug Pederson said Etienne should take part in workouts this offseason while Robinson won’t be ready until the start of training camp. That said, Conner could get a decent amount of practice snaps in as the Jags should ease Robinson back into the mix.

NFL.com says Conner is a violent runner but doesn’t allow that mindset to prevent him from seeking out less-trafficked pathways with his vision. He had a poor showing at the NFL scouting combine but still has three-down talent and projects as a good committee back.

The Jaguars got a good pickup in Conner who will bring a physical skillset to their running back rotation.