What a difference a year makes. 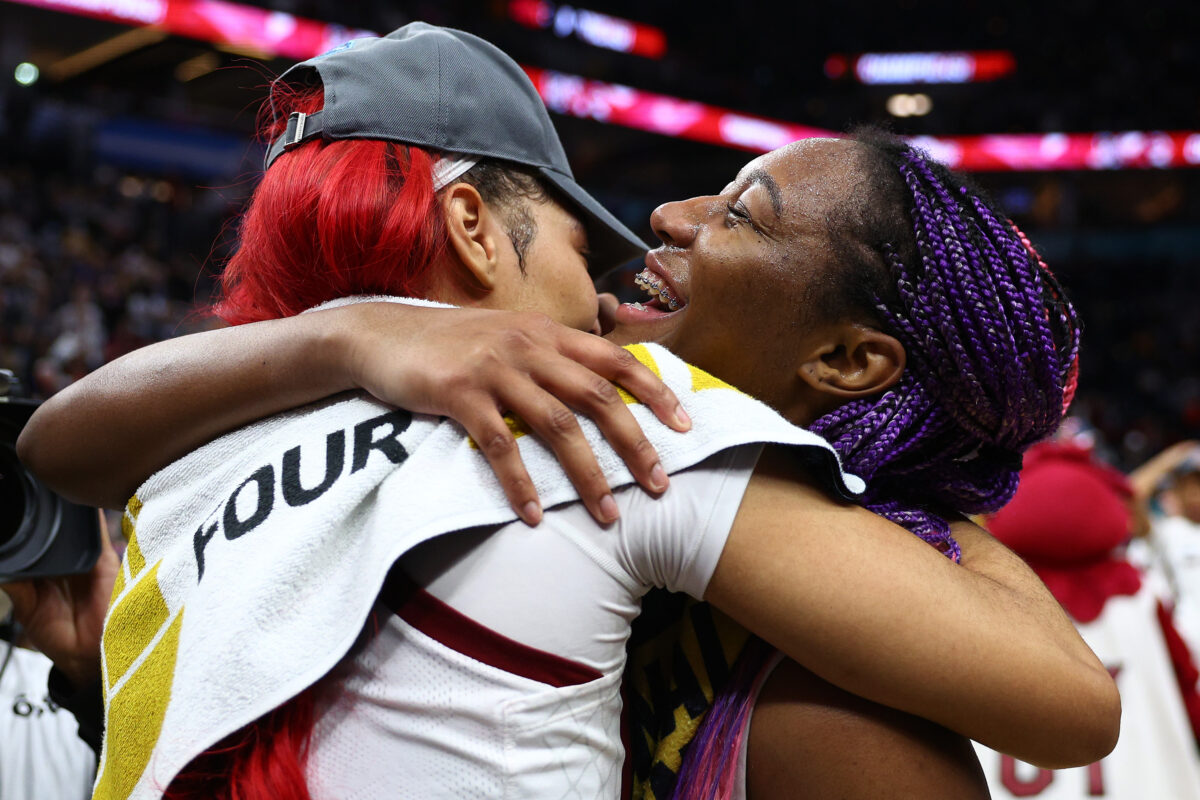 Aliyah Boston is an NCAA champion. After falling just short in 2021, South Carolina won the program’s second title since 2017 as the Gamecocks defeated UConn, 64-49. Boston, the National Player of the Year, earned the title of Final Four Most Outstanding Player with an average of 17 points and 17 rebounds per game against Louisville and UConn.

In the title game, Boston scored 11 points and grabbed 16 rebounds, including five offensive boards as the Gamecocks dominated the Huskies on the glass.

After securing the trophy, Boston chatted with ESPN’s Holly Rowe on the court and gave a heartfelt explanation about everything she was feeling in the moment.

“Everyone had a picture of me crying at the end of the Final Four (in 2021), and they put that everywhere…,” Boston said as confetti fell. “But today we’re National Champions. Happy tears, Holly.”

What a moment for Aliyah Boston and @GamecockWBB 🏆