Rutgers football could be adding a big-time recruit in Jahzion Gross. 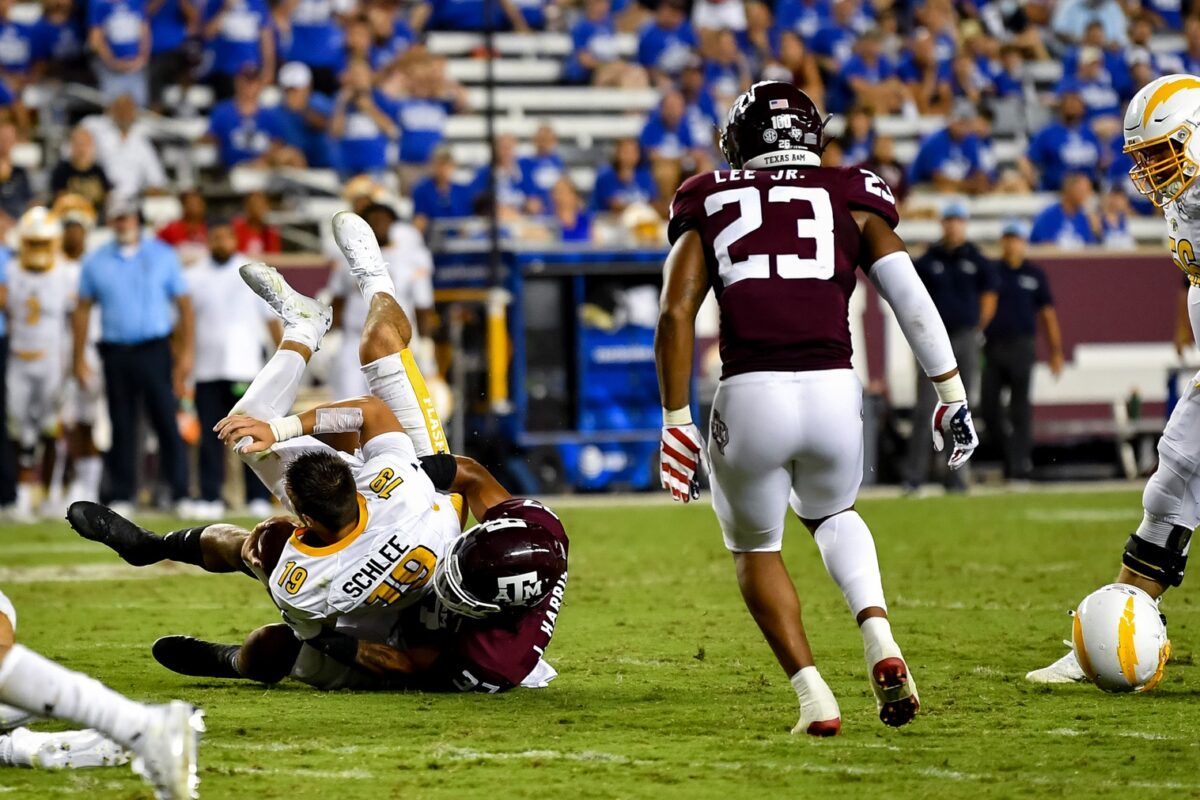 Jahzion Harris seems to be heading to Rutgers football.

After entering the transfer portal late last week, Harris appears to be on the verge of leaving Texas A&M. A report from On3 says that Harris is bound for the Rutgers football. Harris, who played his high school football at Erasmus Hall (Brooklyn, N.Y.) is a defensive end and a former four-star recruit.

Last week, RutgersWire reported citing a source that Harris was likely to end up with Rutgers football.

According to the report from On3, it is yet to be determined if Harris can suit-up this season for Rutgers football given the timing of his transfer:

“Harris, who didn’t get into the portal prior to the May 1 deadline for immediate eligibility, will need a waiver in order to be eligible this season.”

Adding Harris is big for Rutgers football and head coach Greg Schiano. With a need for edge rushers, Harris projects to quickly see the field whenever his eligibility issue is sorted out.

Last season as a freshman, Harris finished with four tackles and a sack in two games played.