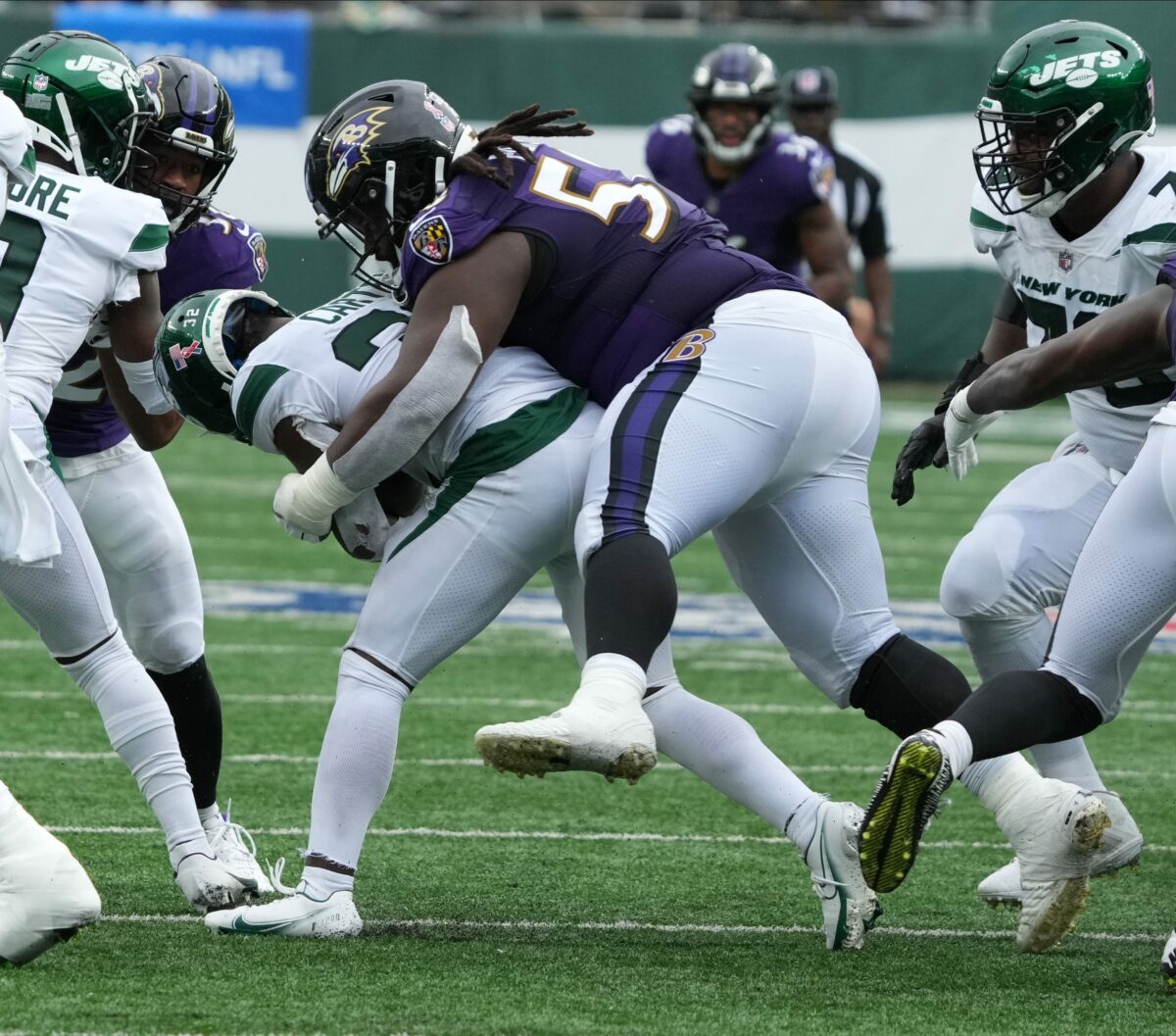 The Baltimore Ravens have seen some solid contributions from their defensive line during the 2022 season. While it hasn’t been perfect, the team has generated a bit of interior pressure, and has seen veteran defensive lineman Michael Pierce have a strong start to his year.

Pierce was playing extremely well, but left Week 3 against the New England Patriots with an arm injury. He had to be carted off of the field, and it was later revealed that he had a biceps tear and had to make a decision as to whether to play through the injury or have season-ending surgery. Pierce posted on social media a picture saying that he was having the surgery, and the team later placed him on injured reserve.

Looks like Ravens DT Michael Pierce has indeed decided to get surgery on his torn biceps, which John Harbaugh said would be season-ending.

We have placed NT Michael Pierce on IR. pic.twitter.com/wbJwC7C2G3