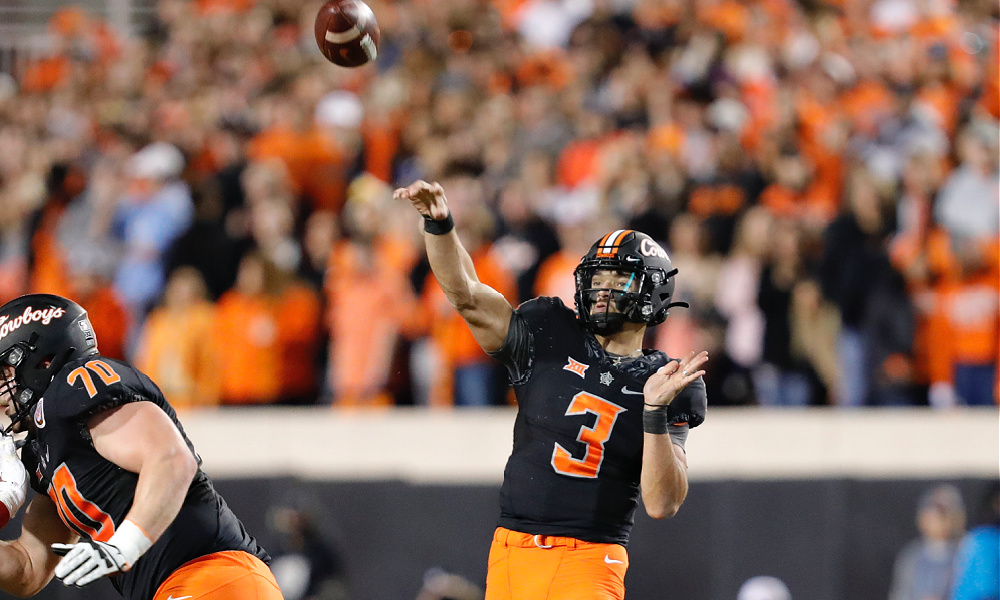 Oklahoma State vs Texas Tech How To Watch

The passing game has been fantastic.

It’s different than the Texas Tech offense you might be used to from the past, but the O is throwing for a Big 12-leading 362 yards per game and it should be able to keep up the pace.

Oklahoma State might be rolling, but it struggled late against the Central Michigan passing attack – to be fair, the game was effectively over – and last week it got bombed on by Baylor.

The yards will be there. Texas Tech QB Donovan Smith is playing well, and he’ll hit the 300-yard mark if he gets a little bit of time.

The Red Raider defense is good on third downs, it has been disruptive enough to stall the NC State attack and keep Texas and Houston from going off, but …

Why Oklahoma State Will Win

The Texas Tech run defense is starting to buckle.

The offense might have been terrific over the last few weeks, but the defensive front was destroyed last week by Kansas State allowing almost nine yards per carry in the 37-28 loss, and Bijan Robinson and Texas rolled in the wild overtime Red Raider win.

Oklahoma State’s offense will hit a few downfield shots, but it’s more balanced and efficient than splashy. There aren’t any big negatives – the scoring is there and it all works hand-in-hand with the defense.

The O line is terrific in pass protection, the defense is a rock on third down conversions, and there the bunches of penalties or sloppy mistakes Texas Tech will need.

The secondary will give up plenty of yards, and then it’ll hold up when it has to because …

The Oklahoma State defensive front will live in the Texas Tech backfield.

QB Donovan Smith and the Red Raider offense keep on producing no matter what, but the Cowboys are generating three sacks and more than nine tackles for loss per game.

Texas Tech will allow five sacks, it’ll stall on a few early second half drives, and that’s when the steady Oklahoma State offense will take over. It’ll be another interesting game for both teams, and it’ll be another strong win for the Cowboys.