NFL players were hoping for the best for the Dolphins’ QB. 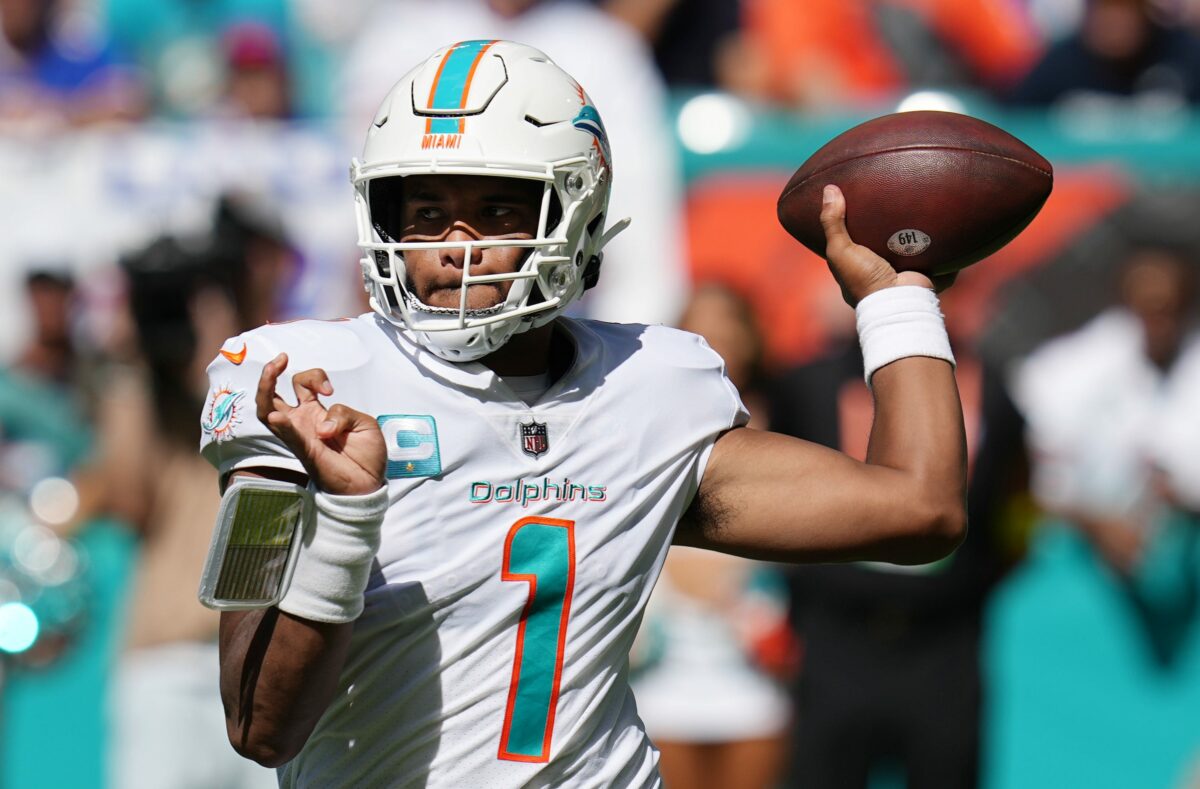 It was a scary scene during the Dolphins-Bengals game Thursday night when Miami quarterback Tua Tagovailoa sustained head and neck injuries after a brutal hit in the second quarter.

After colliding with Cincinnati’s Joseph Ossai, Tagovailoa didn’t appear to be able to move on his own and eventually had to be stretchered off the field as players and coaches from both teams looked on with great concern for his health.

Injury Update | Tua Tagovailoa is out of the game with head and neck injuries.

Shortly after, the Dolphins announced Tagovailoa was at a local hospital.

As the situation with Tagovailoa developed, NFL players and personalities tweeted well wishes for the Dolphins’ quarterback’s health.