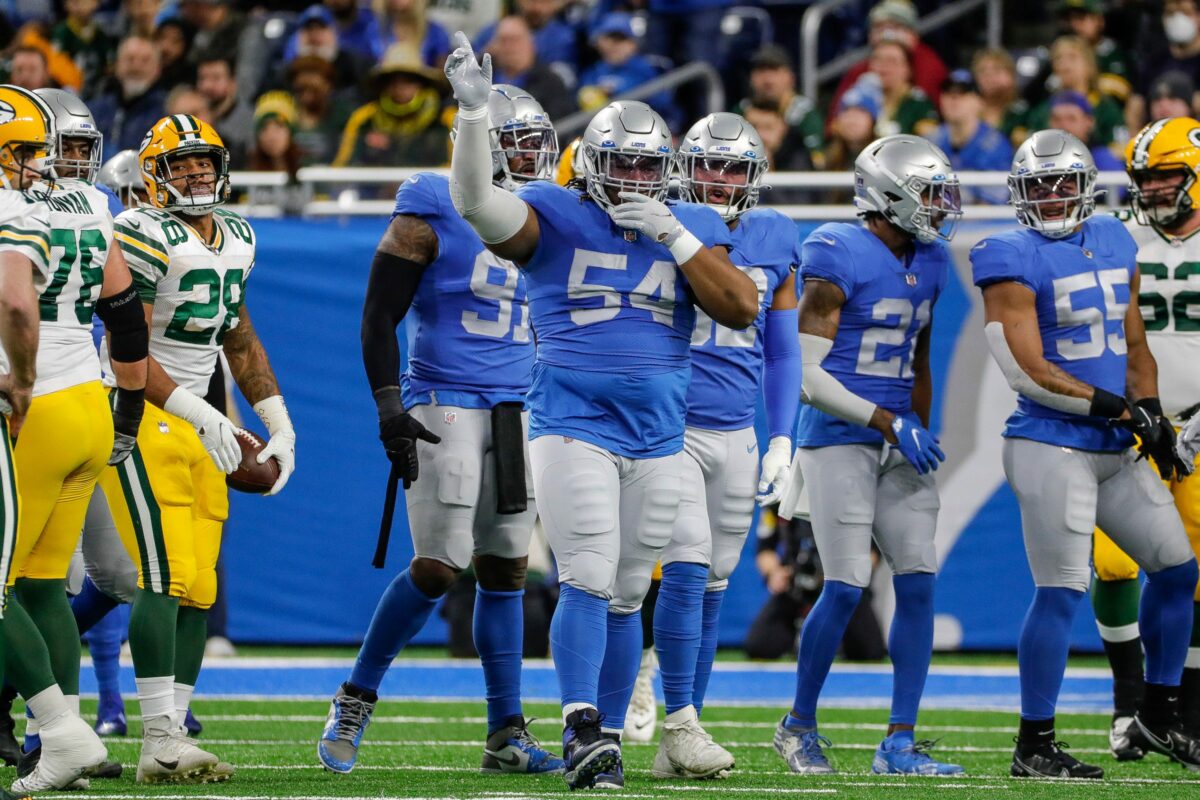 Anyone expecting the Green Bay Packers and Detroit Lions to not put forth much effort in a game that meant nothing in the standings for either team, they thought wrong. Week 18 turned into a fun, thrilling, back-and-forth contest that had Ford Field rocking.

The Lions prevailed in a spirited 37-30 contest that saw the Packers play their starters for the first half. Dan Campbell’s Lions poured everything into the kitchen sink and threw it at the NFC North Champs.

Detroit scored on one trick play with wide receiver Tom Kennedy throwing a 75-yard touchdown pass to fellow wideout Kalif Raymond. Another Lions TD came courtesy of a flea-flicker off a reverse, with tight end Brock Wright ultimately barrelling into the end zone. They managed to set the NFL record for most fourth-down conversions and attempts in a season along the way, too.

It was a game of big plays from both teams. Every time the Lions pulled ahead, the Packers clawed right back. Aaron Rodgers was brilliant in the first half, making a couple of “only he can do that” throws that should solidify his MVP candidacy. But Lions QB Jared Goff didn’t blink either and made it a fun duel.

The Lions forced three second-half turnovers, the final one an interception by safety Tracy Walker, who had a great game outside of one terrible whiffed tackle. It set up victory formation for the Lions and coach Campbell sent in backup QB Tim Boyle, who served as Green Bay’s No. 2 in 2020 ahead of their first-round rookie, Jordan Love.

It was that kind of afternoon in a raucous Ford Field. The win lifts the Lions to a 3-13-1 finish, but those three wins came in the final six games. That’s the kind of strong, hopeful finish Campbell wanted. It’s the kind of positive energy and sense of optimism heading into the offseason that feels a whole lot better than where the franchise sat after the 2020 campaign.