Jacksonville fell to the No. 31 spot in this week’s power rankings after a mostly lifeless performance against Atlanta. 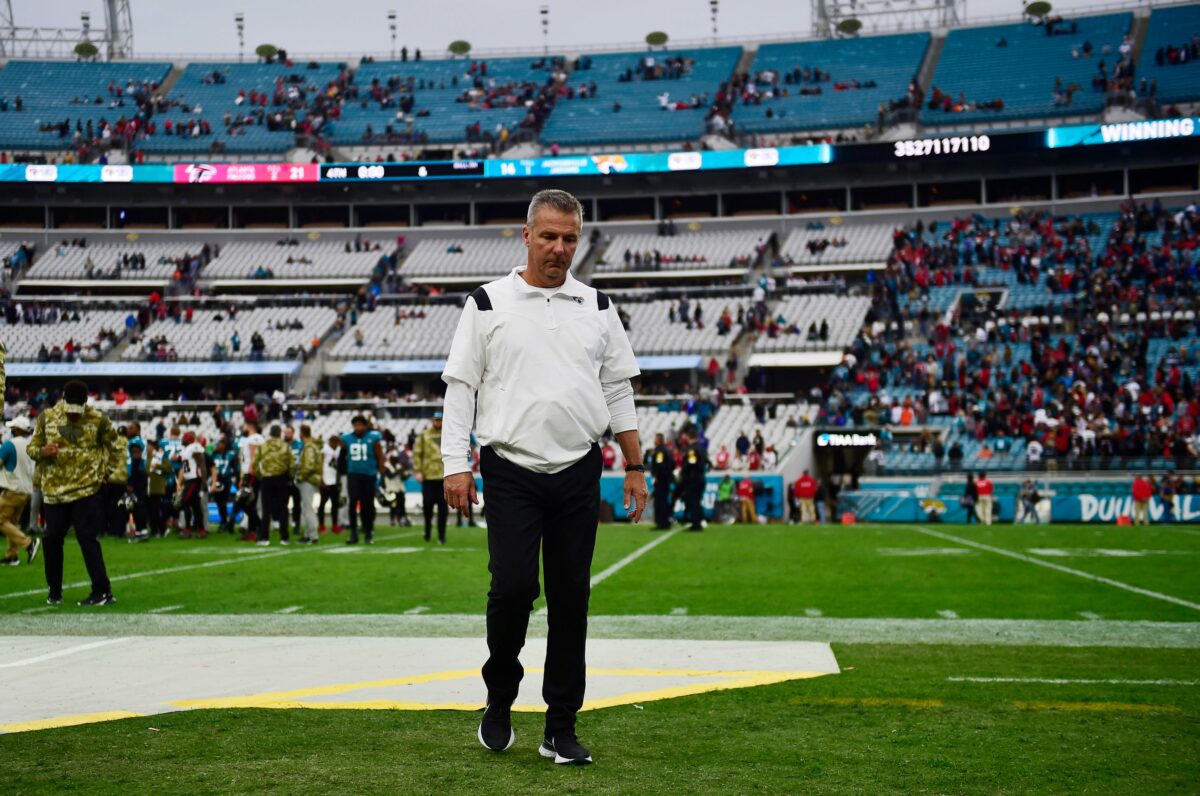 After a win over the Buffalo Bills three weeks ago, things seemed to be looking up in Jacksonville. Though the team sat at just 2-6, it had won two of its last three games. That also led to the Jags reaching their best mark of the season in the USA TODAY Sports NFL power rankings from Nate Davis.

But now, the Jags have lost three-straight games, mostly due to lackluster performances by the offense, and they sit at 2-9 on the season. After the most recent defeat, a 21-14 loss at the hands of an Atlanta Falcons team that entered the game 4-6, the team has taken another tumble in the power rankings to No. 31 from No. 29, ahead of only the winless Detroit Lions.

They’ve lost 13 straight on road dating back to the 2019 season. Four of their final six will be played outside of Jacksonville.

Jacksonville’s path doesn’t get easier, as the next two games come on the road against likely playoff teams in the Los Angeles Rams and Tennessee Titans. Though there are two potentially winnable games left against the Jets and the Texans, the former is on the road.

There were expected to be growing pains in Year 1 with a rookie quarterback and new coaching staff, but this team hasn’t taken the leap forward that many hoped to see. There isn’t much to play for at this point, and it seems unlikely things get much better before the team has the chance to add more talent this upcoming offseason.