This isn’t a new situation for the veteran. 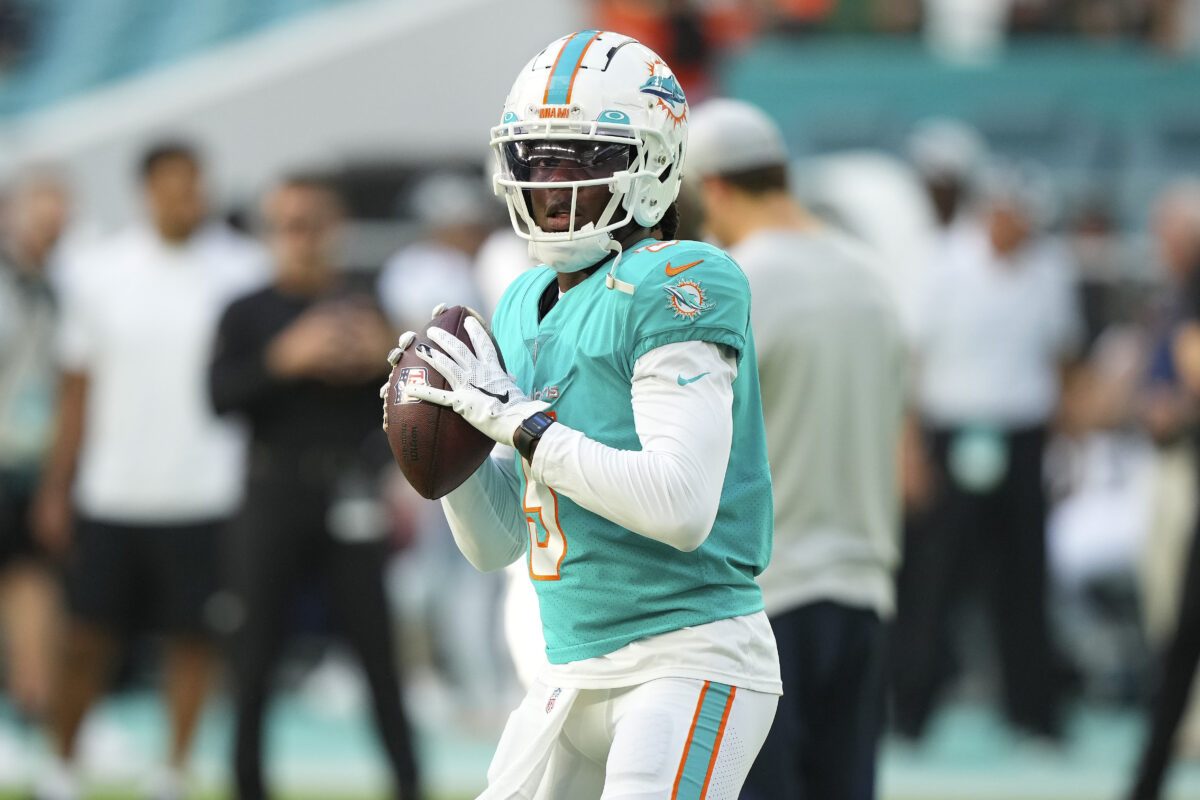 Bridgewater, who’s a hometown Miami-raised product, was all smiles talking about the opportunity he has, especially when talking about the trials and tribulations he’s had on the injury front during his career.

“I just take it one day at a time. Because at the end of the day, I look at all this as a blessing,” he told reporters.

Bridgewater, who was nearly out of football following a devastating knee injury while a Minnesota Viking, had a remarkable comeback, which ironically started as a member of the Jets practice squad in 2018.

“The year I spent OTAs and training camp with the Jets. I look at it as they helped save my career,” Bridgewater said.

It was a former Dolphins interim head coach who helped him back in New York.

“When I signed with the Jets, it really was like on a tryout basis almost with Todd Bowles, the head coach, and ‘J Mel’ (John Mellody) the trainer, he helped me get back to my old self health-wise,” Bridgewater described.

He then went on to praise Bowles saying, “his charisma and his energy helped me just continue to get that confidence back for myself. Then when they traded me, it was like everything happens for a reason.”

Bridgewater even referenced his former teammate when asked about being a seasoned backup, and now getting a start opportunity.

“Honestly, just be yourself,” he said confidently. “I can’t be Tua (Tagovailoa). I had to learn a lesson when I was in New Orleans. I couldn’t be Drew Brees.”

In his career, Bridgewater is 33-30 across his four previous stops and enters his first start for the Dolphins. He’s the 24th quarterback to start for Miami since Dan Marino retired following the 1999 season.

As for this week and looking towards the Jets, Bridgewater is 2-0 in his career against New York. In those games, he’s totaled 544 yards and a pair of touchdowns with a passer rating of 111.4 and a 73.08% completion percentage. It’s also to be noted that he has the highest yards per attempt mark at 10.46 as well as adjusted yards per attempt (10.37) in his career against the Jets.

The smile on his face grew when he mentioned that he played little league football five minutes down the road from where he’s practicing as a pro. He said the community is excited, as is he, for him getting the start for his hometown Dolphins.

“It’s a huge blessing to be able to just suit up in my hometown. I played little league football five minutes down the road at Bunche Park,” he happily told media members. “If I go to the Northwestern game on Friday night, everybody will be excited.”

Bridgewater has seen some great support locally, saying, “I really appreciate that from my community and my people. I know they’re excited that I get this opportunity. I’m looking forward to it.”

Clearly, Bridgewater has the experience and confidence to carry Miami through this temporary storm of uncertainty with Tagovailoa.

He has the traits to get a win, or multiple if needed, and as he describes, “as long as I continue to be myself, the guys realize this guy isn’t faking. He’s not trying to be something he’s not.

“It’s like it’s a sense of relief. Like okay, we know we’re getting the real version of him. He’s not trying to be something he’s not. That’s just my approach every day.”