The #Chiefs had former NFL QB Michael Vick out at training camp on Sunday. Here is what Andy Reid had to say about Vick’s visit to St. Joe: 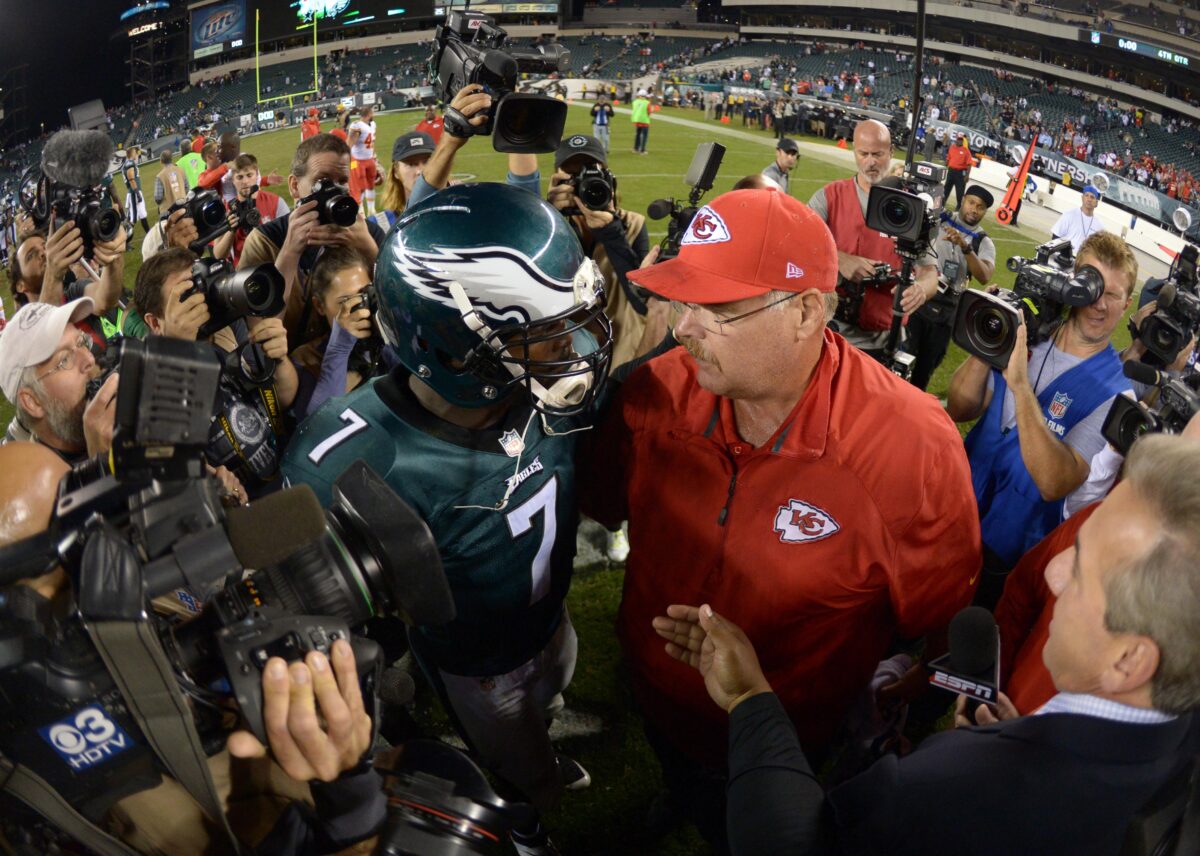 A very special guest stopped by today and broke down the huddle. @MichaelVick | #ChiefsCamp pic.twitter.com/yEFOopa9Zz

The Kansas City Chiefs had a special guest out at training camp practice over the weekend.

Former NFL QB Michael Vick joined the Chiefs at training camp in St. Joseph, Missouri on Sunday. The team shared a photo of Vick, alongside both Patrick Mahomes and Travis Kelce breaking the huddle during the course of practice.

Vick, of course, jump-started his NFL career in 2009, joining the Philadelphia Eagles with now-Chiefs HC Andy Reid. He played under Reid for four seasons in Philadelphia, recapturing some of the glory from his days in Atlanta. The former Virginia Tech star played 13 years in the NFL, setting the NFL record for the most career rushing yards by a quarterback (6,109). That number could be even greater, but Vick missed two seasons due to a violation of the NFL’s personal conduct policy.

“I’m a big Michael Vick fan,” Reid said when asked about his visit. “I’ve watched him go through his trials and tribulations and come out on the better end. He’s a great father and husband, he loves the game most of all.”

It’s not Vick’s first time with the team in St. Joseph, Missouri. Back in 2017, Vick was one of the team’s coaching interns throughout training camp. He was tasked with working with the quarterbacks, including working with Mahomes during his rookie season.

Vick wasn’t out visiting the team to do much in the way of coaching this time around, though. As a former NFL player, he was out at training camp to get a little taste of what he did for so much of his career. He got to spend some time with the team and with Coach Reid, just taking in the experience and sharing some experiences of his own.

“He’s doing what you guys (the media) do, to get a little football fix,” Reid explained. “He was excited about that. And what a great player too, I mean he was a phenomenal player and a big heart— he’s got a great heart to him.”