Tyreek Hill had a friendly wager going w/ his dad on the #Chiefs’ Week 4 game with the #Bucs: “My dad was actually going for the Bucs and I told him, ‘That boy, Pat. He’s just special.’” 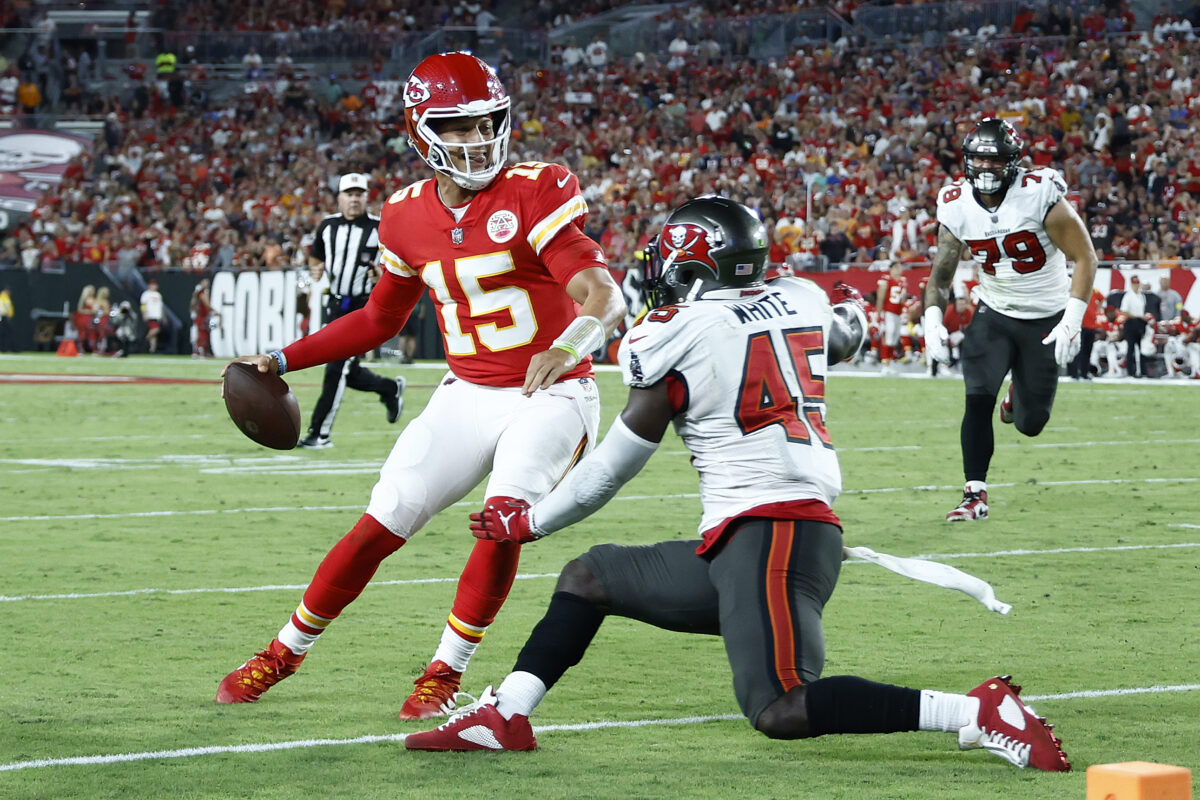 There has been plenty of rhetoric about how the Kansas City Chiefs offense would look without WR Tyreek Hill after he was traded to the Miami Dolphins this offseason. It was the talk of the town a week ago after the Chiefs’ Week 3 loss to the Indianapolis Colts. Now, it’s nowhere to be found after a dominant win over the Tampa Bay Buccaneers.

Even Hill himself feels that QB Patrick Mahomes and the rest of the team are doing just fine without him. Asked by Dolphins reporters whether he watched the “Sunday Night Football” matchup between the Chiefs and Bucs, Hill revealed that he actually made a friendly wager with his dad on the game. He also weighed in on Mahomes’ performance.

“I did watch the game. I was actually watching it with my dad. Me and my dad had a bet,” Hill told reporters. “My dad was actually going for the Bucs and I told him, ‘That boy, Pat (Mahomes). He’s just special.’ It’s just something about that team. Patrick is just on another level. He’s playing a different game than everybody. When you watch him play and you watch just the energy that he brings out of that whole entire time, it’s just crazy. I’m just glad to see my boys out there balling.”

Mahomes’ playmaking ability was on full display on Sunday night. Hill knew better than to bet against his former quarterback, especially in a Super Bowl LV rematch. He’s keenly aware of what Mahomes brings to the table in moments like that.

While the two are no longer teammates, it’s good to see some positive support from Hill. That will likely continue unless these two teams meet in the postseason this year. At that point, all bets are off.