Is it too early to pick up on trends in fantasy football mock drafts? 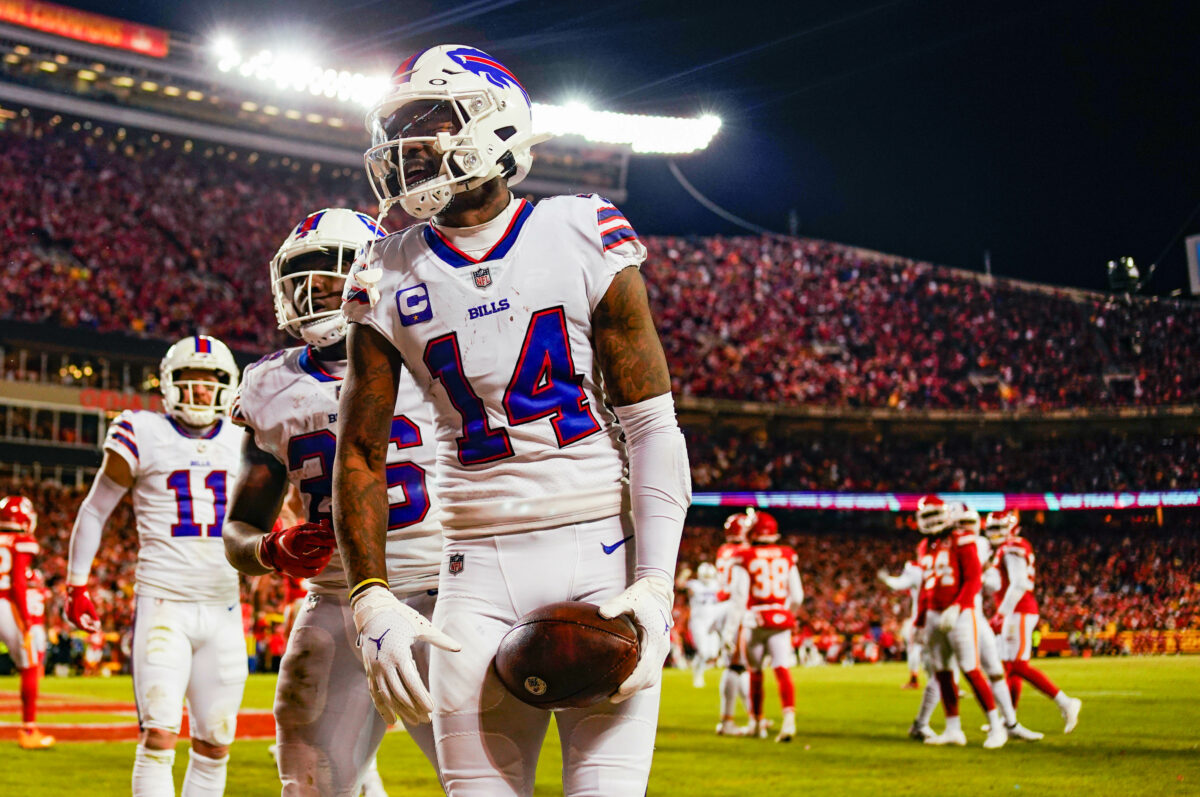 It is mid-May, and fantasy football drafts are gaining steam. A recently hosted industry mock is the source for this recap. Out of respect for the hosts of this draft, no reference will be made to its identity so the content remains fresh on their end, nor will the entire draft results be published here.

The blurbs about my team below were provided to the draft host and will appear in a magazine as part of a larger evaluation of the draft. Before getting into my individual picks (we didn’t select kickers of defensive teams), here are a few generalized observations from a 12-team, PPR draft.

Here’s a snapshot of the first 10 rounds broken down by number of positional picks:

We were asked to write 35 words per pick to give a little insight as to our draft thoughts:

1:12) Stefon Diggs: In PPR, his sheer volume alone makes up for the lack of scoring prowess. The Bills actually could lean on him even more this year if Gabriel Davis and Jamison Crowder don’t step up as much as expected.

2:01) Deebo Samuel: I’m not overly worried about the standoff, but Samuel’s aerial exploits may suffer with Trey Lance starting. Samuel also isn’t likely to rush nearly as much as a year ago. Talent usually wins out, however.

3:12) J.K. Dobbins: A WR-WR start was a mistake at No. 12. I should have drafted Leonard Fournette, Javonte Williams or D’Andre Swift instead of Deebo. Dobbins was injured early enough to be healthy, but he’s not an RB1.

4:01) Damien Harris: Choosing an early-down running back with heavy TD dependence isn’t how this was drawn up in PPR. Breece Hall was a consideration, but Harris is a safer RB2 candidate, and that’s what I needed here.

5:12) Josh Allen: Allen’s high ceiling can carry my weak RBs, and I love the Diggs stack. I usually wait on QBs; after seeing all of the value buys, I won’t give in to the temptation again.

6:01) Mike Williams: His all-or-nothing nature is not ideal, but Williams’ role in such a reliable, pass-friendly system makes for a rock-solid WR3 to help offset my shaky RBs. A WR14 finish again? No, but WR25-30 is fine.

7:12) Rashaad Penny: This is what happens when waiting to draft running backs … you start stockpiling risk-reward types at the most volatile position. Penny’s late surge last year was as real as his injury history and backfield competition.

8:01) DeAndre Hopkins: After waiting too long to draft my first running back (insert Deebo joke here), Hopkins presented an interesting flex gamble. Yes, he’ll miss six games, but Nuk’s volume will be a nice addition upon his return.

9:12) Tyler Allgeier: Another RB without a receiving role, Allgeier enters a decent situation for a TD-heavy role. Cordarrelle Patterson’s age-30 breakout won’t be repeated, although both QB options will steal TD opportunities from the rookie.

10:01) Michael Carter: Breece Hall should steal the show, but if he struggles or gets injured, Carter’s versatility will be a welcomed addition to lineups. This sort of high-upside depth is what to look for after a WR-WR start.

11:12) DeVante Parker: Why not? He’s far from a true WR1, but Parker has a reasonable shot to lead this mediocre passing attack in fantasy production. Parker’s biggest enemy, as usual, will be his own body failing him.

12:01) Austin Hooper: Hooper didn’t just forget how to catch once he signed with Cleveland, a team that totally misused his skills. A lack of weaponry for Ryan Tannehill — in a TE-friendly system — piques my interest.

13:12) Khalil Herbert: OC Luke Getsy comes from Green Bay and was no stranger to incorporating a 2-to-1 committee approach in which the RB2 gets enough volume to matter. Herbert did his part last year, so this is a worthy gamble.

14:01) Donovan Peoples-Jones: In Year 2, he took a significant step forward while catching passes from a battered Baker Mayfield. Deshaun Watson is a tremendous upgrade, and Amari Cooper helps draw defensive attention. DPJ is a steal this late.