For the second time in two weeks, Howard left the game. 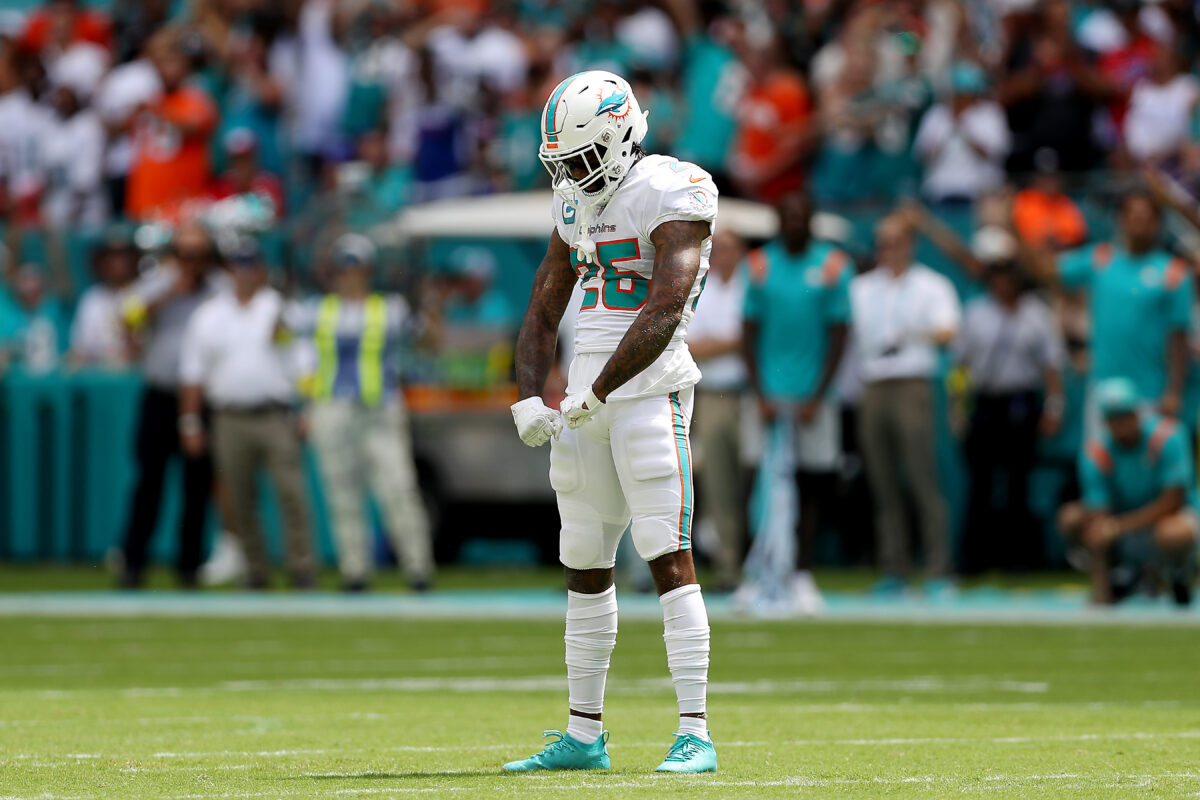 The Miami Dolphins are having a hard time keeping their starters on the field in recent weeks.

After losing quarterback Tua Tagovailoa in the second quarter, Dolphins cornerback Xavien Howard left the game due to a groin injury. The team announced that he’s questionable to return, but the Amazon Prime broadcast showed the former Baylor Bear with a pretty intricate wrap on his leg.

Howard came into the contest with groin and glute injuries after leaving last week’s as well.

Defensive coordinator Josh Boyer will have Nik Needham, Kader Kohou, Keion Crossen and Justin Bethel at his disposal for the remainder of the game if Howard can’t return. Elijah Campbell and Eric Rowe may be able to play some snaps at cornerback as well.