Who are the best players in the Big Ten going into the 2022 college football season? They’re highlighted in the CFN 2022 Preseason All-Big Ten team,  and top 30 players. 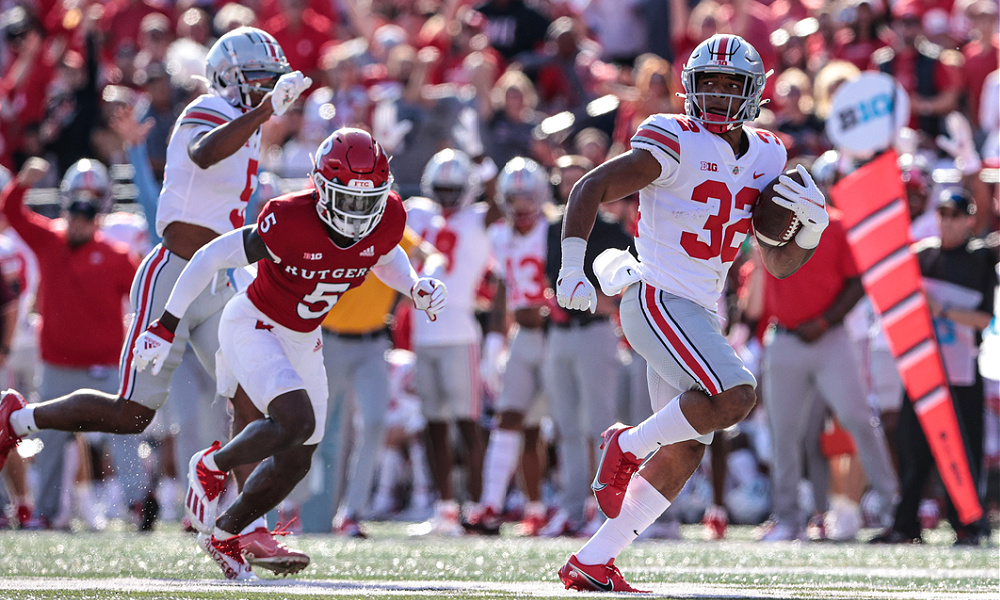 Who are the best players in the Big Ten going into the 2022 college football season? They’re highlighted in the CFN 2022 Preseason All-Big Ten team and top 30 players.

Try not to compare the 2022 Stroud to the 2021 version that put up astronomical numbers and would’ve won the Heisman in a walk if Ohio State got past Michigan and if Auburn’s Tank Bigsby had stayed in bounds late against Alabama.

Stroud rolled up over 4,400 yards with 44 touchdowns and six picks last year, hitting 72% of his passes along the way. He’s probably not going to do that again for one simple reason – he won’t have to. He had to keep bombing away at times with the Buckeye defense struggling to be its normal self.

As long as he keeps the completion percentage to around 70%, keeps the interceptions at a bare minimum, and hits his third down throws, he’ll be fine.

Of course, he’ll be better than fine, though.

The Iowa linebackers know how to tackle and tackle and tackle some more. Campbell and running mate Seth Benson should combine for over 250 tackles if everything goes right in what should be another big year for the Hawkeye D.

Campbell won’t be as disruptive as Wisconsin’s Nate Herbig, and he might not bring the value like several of the top linemen, but he’ll eat up everything again after leading the nation with 143 tackles with a fumble return for a score, two interceptions – taking one for a touchdown – and with 3.5 tackles for loss.