Mohammed Usman doesn’t want to ride the UFC coattails of his brother Kamaru and plans to build his own legacy. 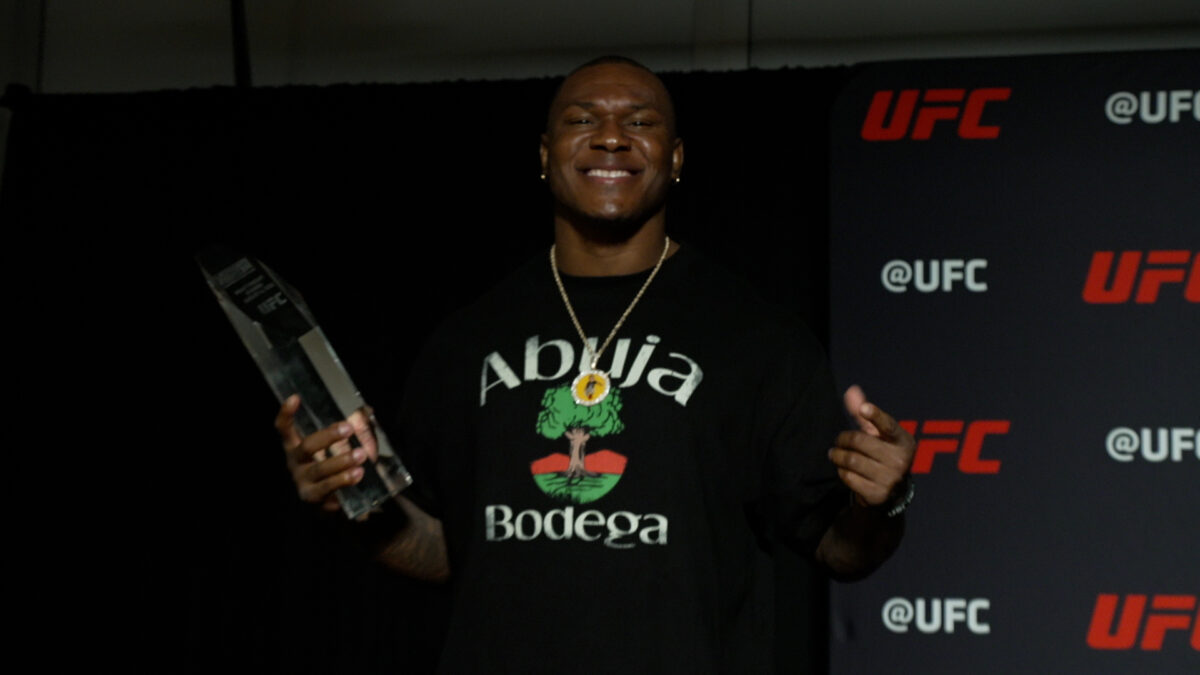 LAS VEGAS – [autotag]Mohammed Usman[/autotag] is ready to build his own legacy.

Usman (8-2 MMA, 1-0 UFC) , who is the younger brother of UFC welterweight champion and No. 1 pound-for-pound fighter Kamaru Usman, won Season 30 of “The Ultimate Fighter” this past Saturday when he knocked out Zac Pauga (5-1 MMA, 0-1 UFC) in Round 2 at UFC on ESPN 40 at the UFC Apex.

Just like Kamaru, Usman will kick off his UFC tenure having captured the “TUF” title, but he’s excited to branch out and write his own story.

“It feels like it’s the start of my journey. It’s Day 1, so this is my first day on the job in the UFC. Now I can put the UFC stuff on and feel accomplished.”

It was a beautiful left hand that got the job done for Usman, who said he pictured the moment during training camp. Having trained with Pauga in the past, Usman knew his power would make the difference.

“I manifested this moment,” Usman said. “Me and my coaches, we worked, we worked, we worked and that’s the No. 1 thing we worked on. We worked on putting him away because he knows that I have power but he’s never really felt my power. He’s only felt me at training. Training, you’re not trying to knock nobody out in training. When you get in that octagon, you’re trying to put somebody’s lights out and that’s what I did.”

For more on the card, visit MMA Junkie’s event hub for UFC on ESPN 40.