Which teams from the Power Five conferences will be sleepers this year? Which ones will rise up and be dangerous? 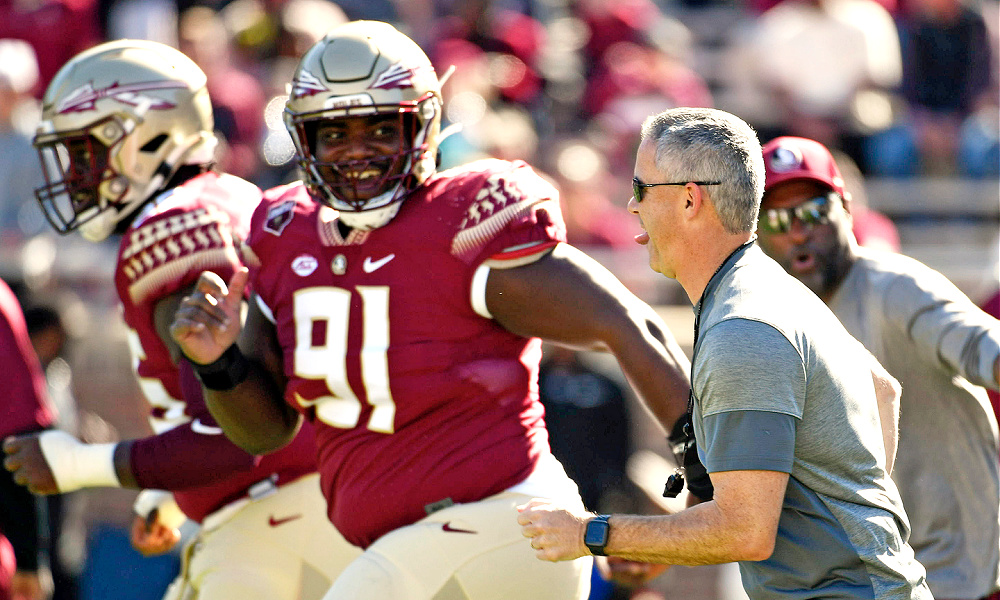 Mizzou is here almost by default.

Who in the SEC is really a sleeper?

If Vanderbilt won eight games then that would qualify, but Kentucky doesn’t fit at this point. Everyone sort of likes Tennessee and Ole Miss, and Mississippi State and Arkansas are expected to be interesting, even if they live in the SEC West.

And then there’s poor, poor Missouri – the lost little lamb of the SEC.

It’s a Big 12 program that probably should be in the Big Ten, but still hangs around providing the other members a nice, long road trip.

The Armed Forces Bowl loss to Army was the only true misfire over the last few years, but it doesn’t have a victory over a Power Five team that finished with eight wins or more since shocking Florida in 2018.

However, head coach Eliah Drinkwitz has stepped up the recruiting, there’s talent on the Tigers with – potentially – the best group of skill parts in several years.

On the other side, the defense that got ripped to shreds is about to be a whole lot better thanks to experience, the transfer portal, and a phenomenal 1-2 end punch in Trajan Jeffcoat and Isaiah McGuire.

A 3-1 start is possible – Louisiana Tech, at Kansas State, Abilene Christian, at Auburn – by splitting those road games.

There’s no Alabama, LSU, Texas A&M, or Ole Miss on the schedule, Georgia and Arkansas have to come to Columbia, and home games against Vanderbilt and New Mexico State should help the base of wins.

Asking for eight regular season wins shouldn’t be that hard, and Mizzou should be able to do it for just the second time since 2014.